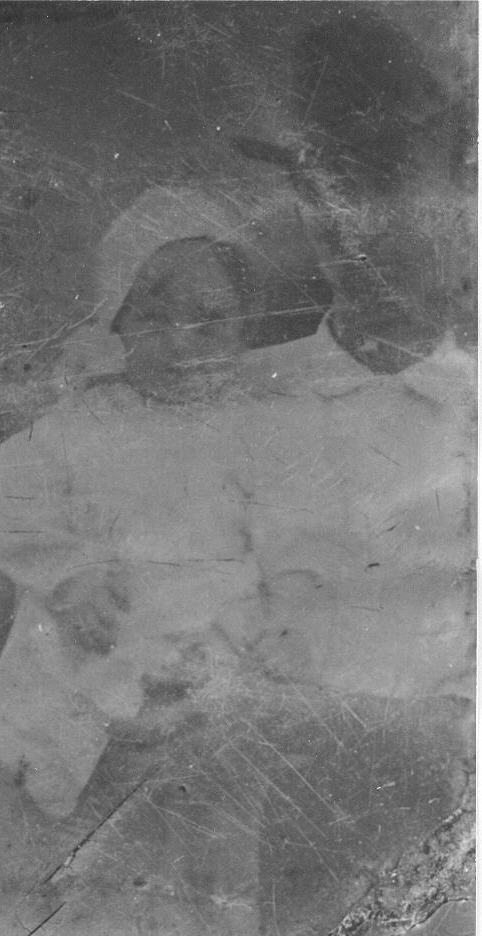 I am not sure about the identity of the man and baby in this picture.  It may be Jesse Sanders (1845-1903) or, possibly, his son Jesse Jackson Sanders.  This picture is a copy of an old tintype (now missing, unfortunately). 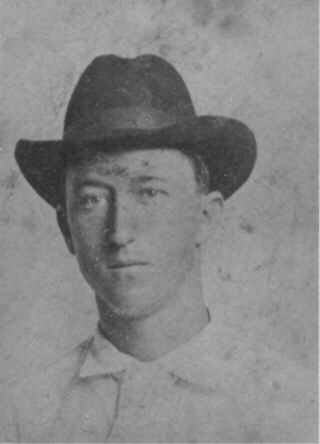 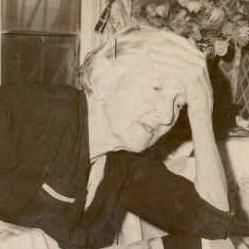 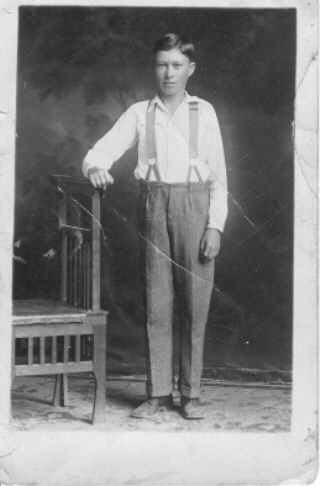 Gurley Sanders, 1915-2000. Gurley was the son of Aaron Walter Sanders and Nettie Gothard. 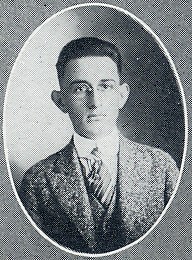 Gurley Houldcotte Sanders, 1897-1985.
Gurley H. Sanders was the son of Morgan Gurley Sanders and Jessie Irene Cox.
This picture was taken in the school year of 1916-1917when Gurley
was a junior at what is now the University of North Texas in Denton. 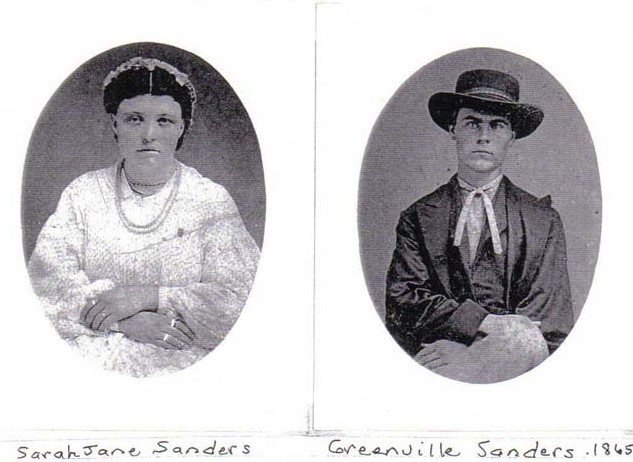 
These pictures are from the collection of Anita Epperson Oliva, great-granddaughter of Sarah Jane and Greenville. 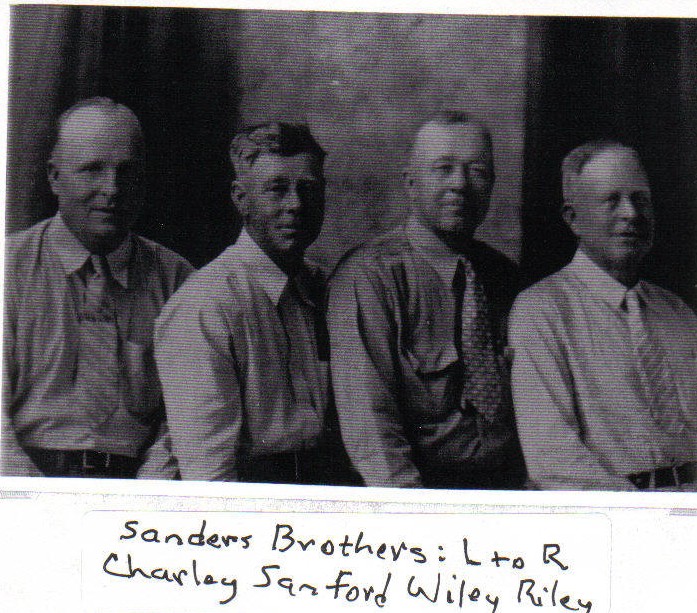 These four brothers are sons of Greenville and Sarah Jane Sanders. (picture from Anita Oliva) 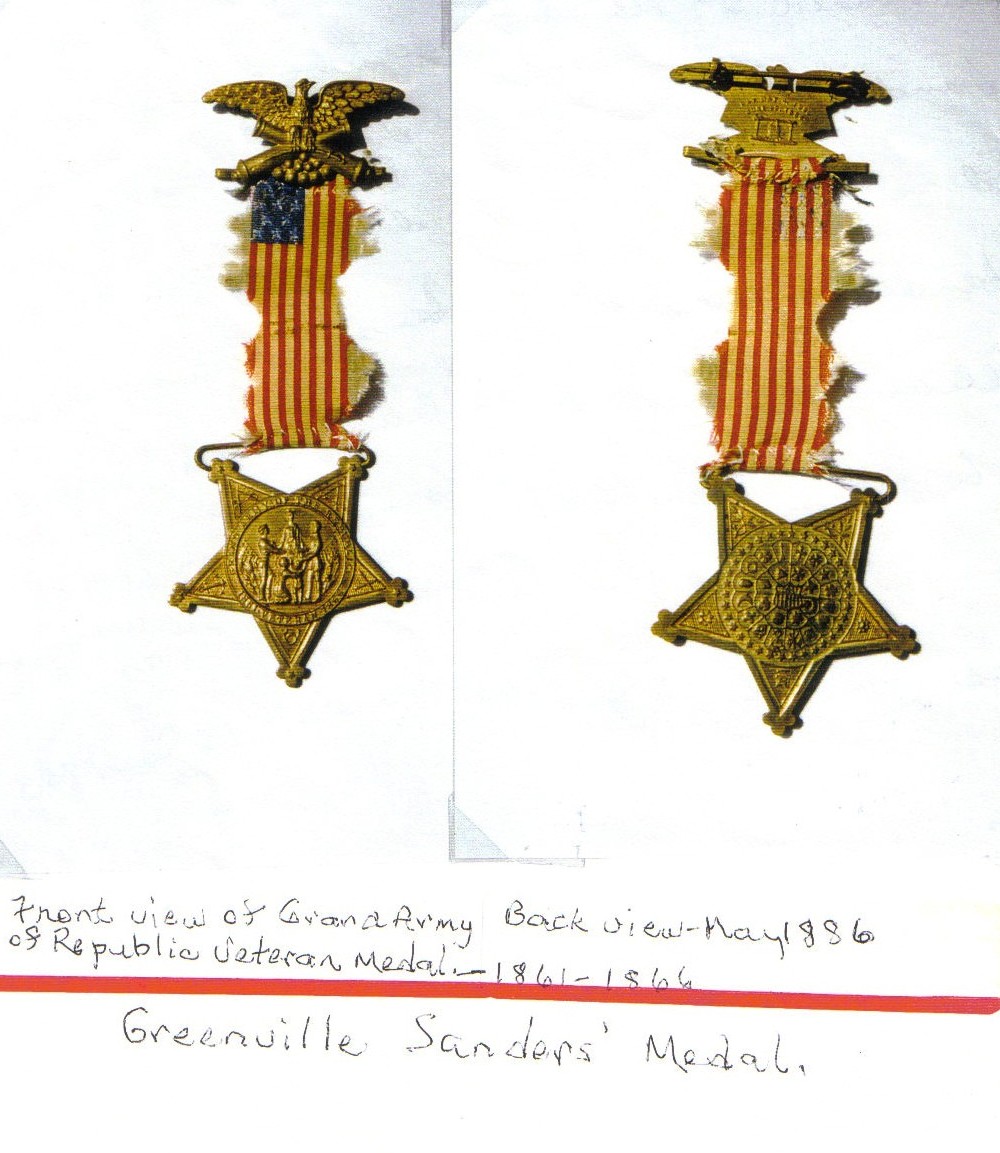 Greenville Sanders served in the 4th Arkansas Cavalry, U.S. Army, in Arkansas during the Civil War.
His father and brothers and several relatives also served in the 4th Cavalry.
This is a picture of one of his medals. (Picture from the files of Anita Epperson Oliva). 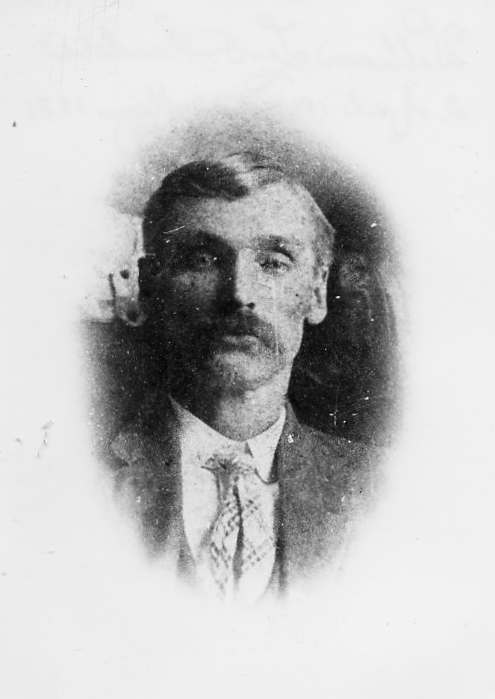 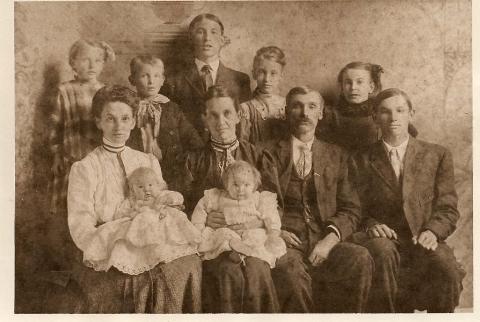 Another picture of William Levi Sanders, here with his wife Charlotte Dicus
Sanders and other members of his family. This picture is also from the files
of Ralph Jackson, grandson of William Levi. 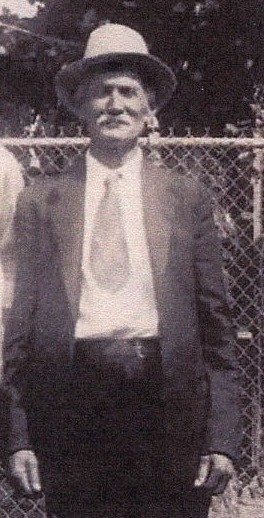 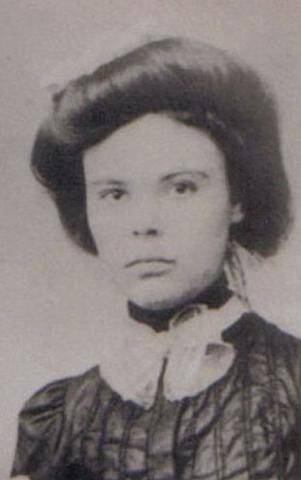 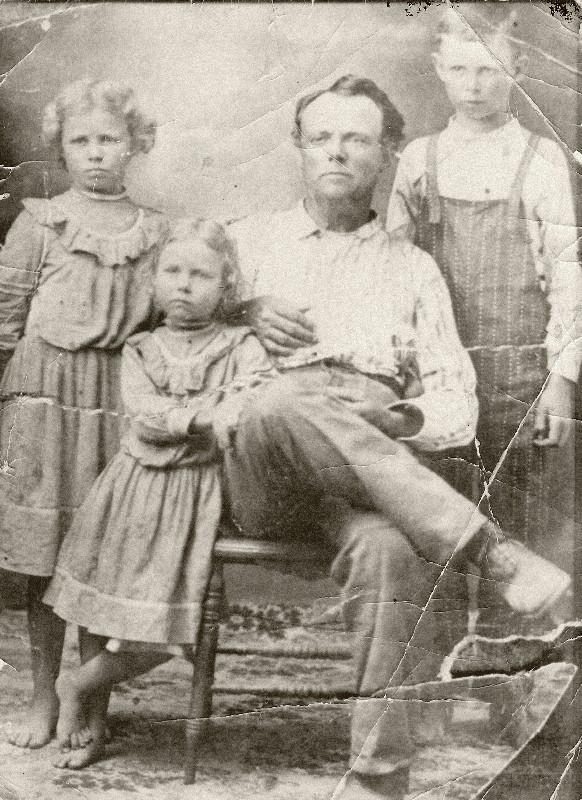 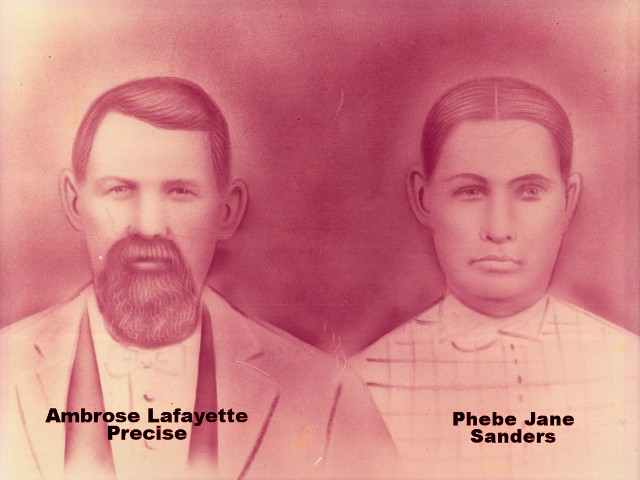 Phebe Jane Sanders (1844-1894) was the daughter of Joseph Sanders and Sarah Bynum
and the granddaughter of George Sanders and Phebe Sanders of Jackson County. Phebe's
husband, Ambrose Precise (1842-1915), was one of several members of the Precise family
who married a Sanders. This picture is from the files of Amy Christensen and has been
passed down through several generations of the Precise family. She belives the original
was a tin type made in the 1880s or 1890s that was penciled over when the image faded. 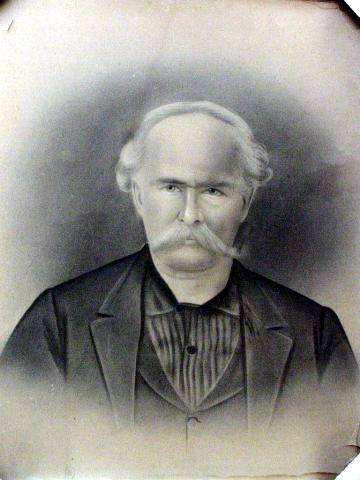 Many thanks to those who have shared information and pictures with me.  I have more pictures that researchers have sent me, but I prefer to post images here only with specific permission of the contributors.

Click on the icon to return to home page, Sanders of Randolph and Montgomery